Game 7 of the World Series – Cubs defeat the Indians 8-7 in extra innings. They are calling it the best game in baseball history. I watched it on the couch with Jack. We stayed up all the way through the last out at 1:05 AM (on a school night).

And from here…I’m going to make an apology. I know you signed up for a blog about baseball and fatherhood, but this election has consumed me. And I think I need to write my way through it. You’re an innocent bystander and I’m sorry. There will be curse words; it will be raw and poorly written; it will be highly partisan.

See, Shani and I don’t talk anymore. We sit and look at our phones, scrolling through Facebook and calling out newscast to each other.

“Did you see the Louis CK video?”

“The KKK is endorsing him. Perfect.”

I find myself praying a lot, mostly when I’m driving. I pray for this to end. The idea of that person actually being our president — God, the embarrassment. How can this be even close to real?

I’m not dealing with this in a healthy way. A lot of the time my stomach feels like a towel being wrung out. I felt vaguely nauseous on my way to work this morning. I try to look at the fall colors (which are gorgeous right now) but my consciousness slides back to a poisoned sense of dread. I listen to political podcasts and hear interviews with undecided voters who “are not sure they can vote for Hillary given all the latest news on her emails.” I find myself wanting to grab these people by the shoulders, shake the shit out of them and shriek in their face: “Are you seriously that fucking stupid?!?!”

Last night the Cubs won the World Series after a 108-year drought. And they won it in game 7 –- a phenomenal game in a phenomenal series. God, what a game. A historic game. A game that years from now people will reminisce about where they were when they watched it.

I watched it on the couch and I watched it with my son. My son who loves baseball so deeply and fully and purely that I honestly can’t even comprehend it. He’s like a math genius thinking about equations that are so far above my head it’s not even real. I just watch him and marvel.

But at the same time, there a part of that love for baseball that I do understand. I feel it so powerfully that I sometimes feel like I’m drowning in it.

This is Wayne Williams. 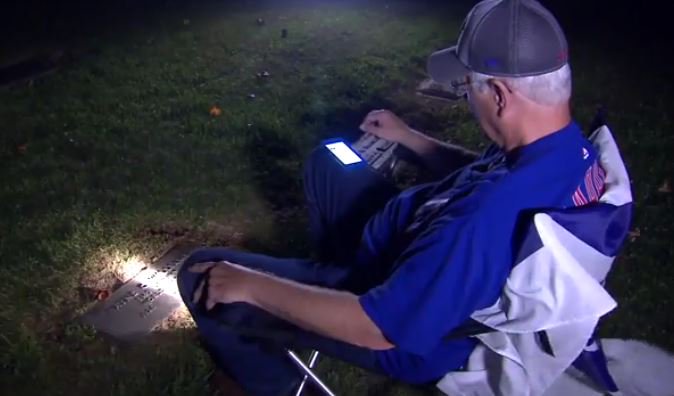 Wayne’s father died in 1980. But they made a pact that when the Cubs finally won the World Series, they would listen to the game together. Wayne drove from North Carolina to Indiana and he listened to the game at his father’s grave. 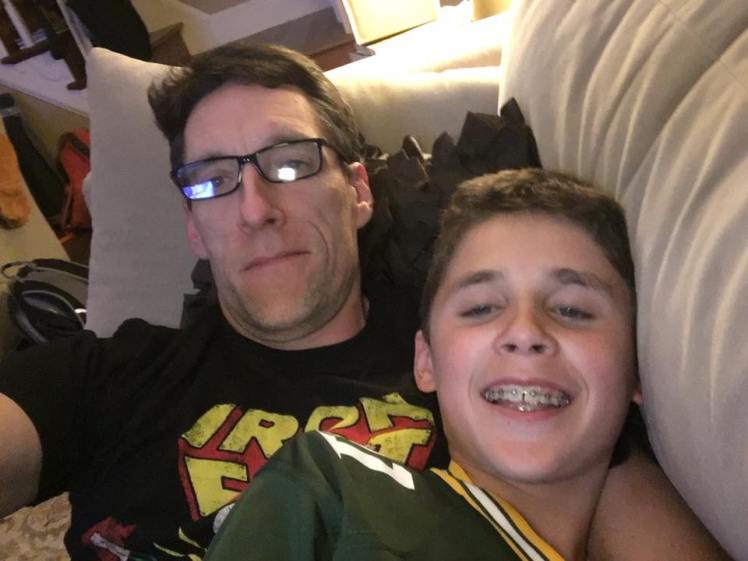 [Note to readers: more tortured and gibberish posts may follow in the next few days. I apologize in advance.]

9 thoughts on “When I needed it most”