The Yankee’s season came to an end this weekend with a Game 7 loss to the Houston Astros. The Yanks were a game short of going to the World Series.

From the first pitch it felt like the Astros had all the momentum. The Yanks never came up with a spark. Inning by inning, their chances slowly dimmed until they were extinguished entirely. Jack and I watched it in the living room; me on the couch, him on the love seat. In the 8th inning, I sprawled out on the floor and soon Jack sprawled out next to me. We could feel it coming to an end and we wanted to be near each other for it. We were almost like the old couple in Titanic who lay next to each other as the water fills the cabin.

The end was sad and sweet and filled with a vague emptiness. And I feel comfortable saying that this has been right up there among the most memorable playoffs ever for me. It included the two of us freaking out and jumping all over a parking lot at La Salle University as the Yanks came back from a 4-0 deficit. We FaceTimed from SF to NJ when CC Sabathia crushed the Astros in Game 3.

The old guard is gone. No Jeter, no Rivera, no Texiera. Those guys were all business, stone-faced professionals who went about playing the game “the right way”. And as much as I loved those guys, now that they’re gone, a new group has taken over. Suddenly the Yankees are fun, and jubilant, and enthusiastic, and young.

Jack and I watched them all season – and we saw them go from shaky, inconsistent newbies to a team of studs that came damn close to winning it all. Remarkable.

So, with that said, I present you with:

The longest-tenured Yankee, Brett Gardner is their left fielder. He was never a big name player — he was a scrub called up to be the 4th outfielder. But this guy has a tenacity to him that is something amazing to behold.

When Gardner was a freshman in college, he tried out for the baseball team. The coaches felt he wasn’t good enough — but they never actually told him he hadn’t made the team. Sure, they didn’t give him a uniform, but they forgot to actually notify Gardner he’d failed to make it.

Gardner showed up for practice the next day in his high-school uniform.

The man is pure grit. He hacks out 12-pitch at-bats. He hustles out every play. He never lets up for a single second — and he’s gone from marginal player to one of the best players on the team over the last 10 years. 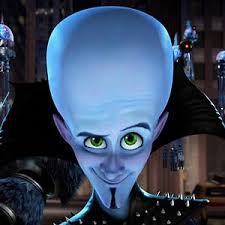 CC Sabathia is a massive man (6′ 6”, 300+ pounds) and eight years ago was one of the best pitchers in the league. He signed with the yankees and anchored a rotation that won the World Series in 2009.

But he has struggled in the last few years. Like many pitchers, he started to wear down. His fastball went from 97 to 92, and hitters were able to clobber it. His knees started to fail. Then in 2015, he checked himself into a rehab facility for alcohol abuse.

Like Gardner, CC is a player who has shown himself to be a real role model. I love him. Jack loves him. The whole Yankees Universe loves him.

Did Gregorius took over at short-stop from Derek Jeter and never once has he tried to replace the legendary captain. Didi made no attempt to be the stone-faced leader. Instead, he is a goofball. He’s fun. He smiles. He jokes in the dugout. He scratches out great at-bats; he has a cannon for an arm, and best of all…he tweets after every game. He has emoticons for each players on the team that make little to no sense, but man are they fun as hell. 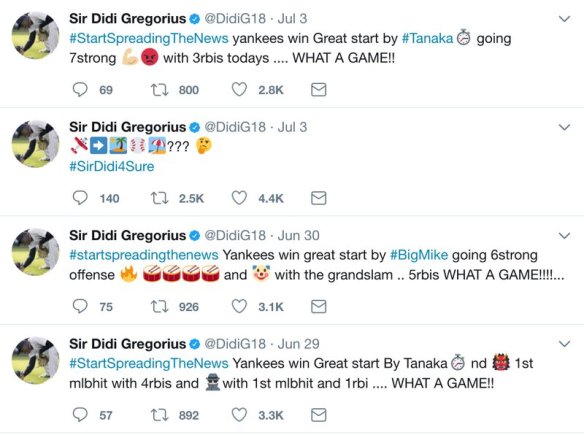 Greg Bird is a rookie and the first baseman of the future for the Yankees. He is an elite defender. He has an amazing eye at the plate. He hits huge homers.

But his best feature:

Look at those things! Glorious. And they are at first base for years to come.

In early September, the Yankees beat the Rays 5-1. One fan was not amused.

Overnight, the Yankees adopted the thumbs down sign as their own. Hit a double? Thumbs down. Great catch in the outfield? Thumbs down. There were shirts, posters, memes — it was just awesome. 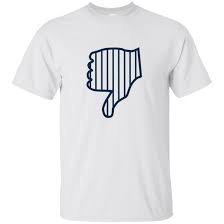 The Yanks back-up infield is a guy named Ronald Torreyes. And sometime during the season, whenever a player hit a home run, he and some of the other guys would grab a bunch of stuff in the dugout, pretend they were a film crew, and interview the guy who hit the home run.

Absolutely stupid. Lots of fun. Certainly not something that would have happened with Jeter around. 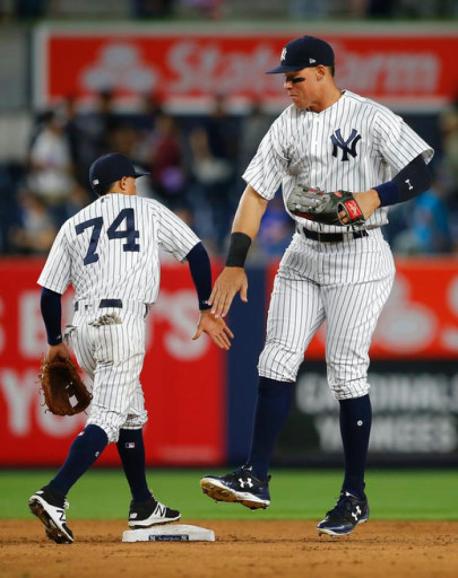 He hit .173 last year and was a rookie no one expected be very good.

He blasted 52 home runs this year, to unseat the loathsome Mark McGuire for most HRs by a rookie.

He won this year’s Home Run Derby by a landslide.

He will win Rookie of the Year unanimously and come in 2nd in voting for MVP.

He shattered a TV screen in a bar in centerfield and dented an aluminum door in the outfield of the Rogers Center.

He has handled the attention with a big smile and a lot of humility.

He made the season sooooo damn fun for me and Jack. 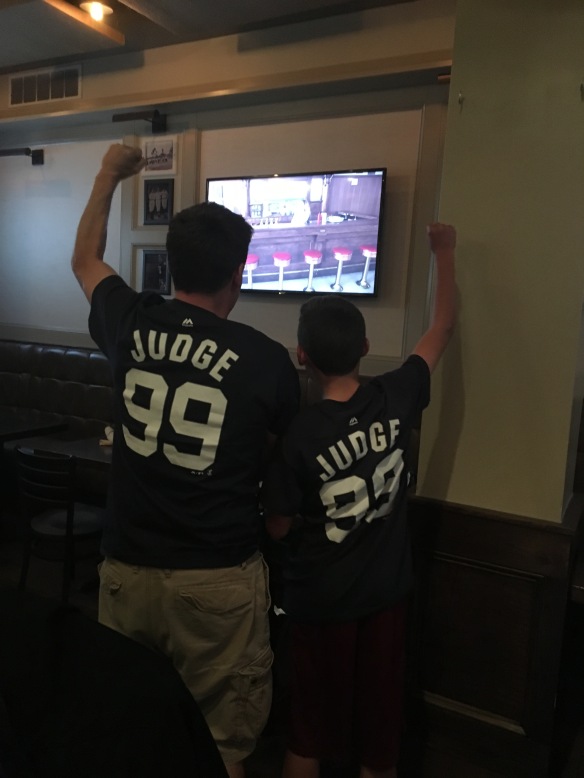 Oh…and I should also mention…he’s with the Yankees until 2023.

The 2017 season is almost over — and the Yankees are officially done. This year we went to Kauffman Stadium in KC, Coors Field in Colorado, and finished it with a magical day in Camden Yards with Shani’s folks (our stadium visits are at their peak when it is all 6 of us). This year is about to become part of our family history — part of my personal history with my son, Jack. And the 2017 Yankees, with their terrific season and magical post-season, will never be forgotten by either one of us.

2 thoughts on “The End of the Season”